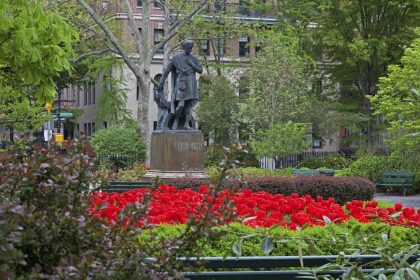 One would think a small move from the Upper Eastside to Gramercy Park, Downtown would be only a minor change, but it’s a world of difference. I love walking the tree lined blocks surrounding Manhattan’s only private park with its 1830’s iron gates. The park holds lots of stories. Presidents like John F. Kennedy and Teddy Roosevelt played there as children.  Authors and filmmakers feature this park in their stories.

I MOVED TO GRAMERCY PARK AND IT CHANGED MY LIFE!

The Gramercy Park Historic District landmark preservation is what gives this neighborhood its small village feel, right in the middle of the big city, a combination that appeals to me.

People ask me all the time, “how could I get through those gates into the park? Do I need a key? How do I get it?” Well, I can help you get a key to the park for $350 annually. The caveat is, keys are for residents only. There are about 1,200 lucky people who own one of the units in the 39 landmark buildings and townhouses surrounding the park.

There are other not as costly ways to get a key to Gramercy Park. One helpful way is to become a member of the synagogue, the church or the clubs on the blocks that surround the park. For instance The Players Club donated the statue of club founder Edwin Booth as a centerpiece in the park. Another organization, The National Arts Club, was once home to former New York governor Samuel Tilden.

If becoming a member is too much, being a one night guest at Gramercy Park Hotel will grant you access to one of the six keys that they have. You might find it cool that the Rolling Stones once stayed there and that Humphrey Bogart had his wedding there.

For one hour on Christmas Eve, the garden opens its doors like magic; there are no keys necessary, all are welcome to enjoy the Christmas Carols. Thanks to Google-maps, you can get a clear 360° street-view from inside this exclusive park without ever setting a foot inside. Google maps will also spare you the time of having to read all of the many rules to the park. Such rules include no pictures, no stepping on grass, no playing music and even pets are not allowed in the park. The only animals you will find there are the birds chirping when they visit one of the two bird houses within the park. Human houses are much more costly to get into, but walking here every day to hear the sounds of the birds chirping is totally worth it!

I will be happy to tell you next time all about my favorite buildings and townhouses.

Until then, feel free to come for a visit at Gramercy Park neighborhood. 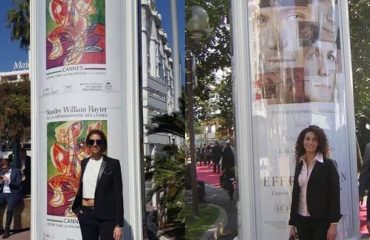 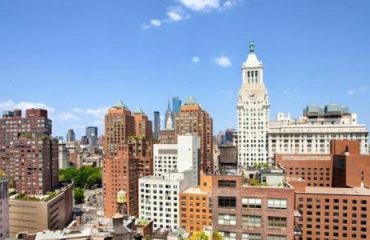 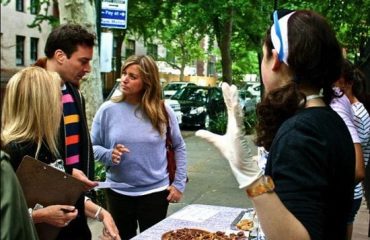 Jimmy Fallon from the Tonight Show, My Gramercy Park Neighbor